Watching the world through the window 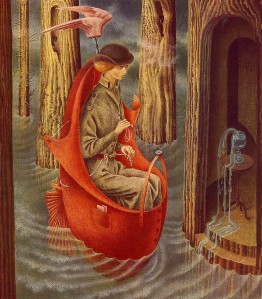 I have almost reached the mid point of the course writing project I am working on, and what a strange magical journey this has turned out to be. When I started writing Quareia, I had no idea of what was truly ahead of me and what an amazing magical journey it is turning out to be.Besides revisiting the basic steps up to initiate, I found a strange magical dynamic kick in that seemed to trigger fateful events around me. Whatever subject I was immersed in for writing a module, magical things would start to crop up that were directly related to what I was writing about.

I would write about magical aspects of death, and people dropped like flies around me (uhoh)… I wrote about obscure deities, and they would turn up at my house in the form of cards, statues, found objects, and when I wrote about the kings of Egypt, regeneration and Maat, the blue heron turned up outside my house. 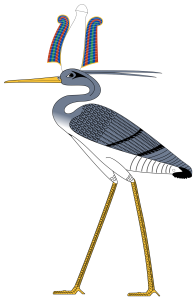 The blue heron was looked upon in Egypt as being the Benu bird, which signaled renewal and re birth (phew…).

It has varied from the sublime (the visit from the Benu bird) to the ridiculous – I was writing about magical restriction (Gevurah) and time, and our village church clock stopped chiming the bells, and the clock itself stopped. Hmm.

This was a double problem because our wee village has a goose who is a bit of a village character, who honks every time the bell chimes. Not only had we lost the beautiful sound of an ancient bell tolling, we had lost the call of the goose….. bearing in mind that the goose is heavily tied into the mythology of Amun, the Egyptian deity.

Amun is the unknowing, the air, the utterance…. And our village goose resides to the east of us (east – air). I used to enjoy his honks, and suddenly the village had been plunged into silence. Silly I know, but I missed him. 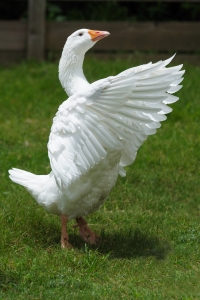 But once that chapter on restriction was finished and I moved on to creation, the flow of time, and the Light Bearer (Lucifer), the clock was fixed, the bells chimed once more, and goose is now back on form, honking every time the bell tolls. His counting has gotten better too.

Immersing oneself back into the shoes of the apprentice was a very enlightening experience for me, as I see it now from a very different perspective than I did twenty years ago.

And now the march into writing the initiate work has proven to be just as curious and thought provoking. I am nearly half way through the initiate section which is yet another journey and is throwing up more and more things for me to re assess, revisit magically, re test, and to think about. What do I put in? what do I not need to put in? what writes itself without me realizing until I have read it back?

What has struck me the most so far in this journey, is the quiet withdrawal from the world. It was not intentional, and at first was simply a matter of having no time to do anything else, or to go anywhere.

But as I got deeper into the writing, it began to feel like seclusion was helping the process, so that I would not be distracted or influenced by anything else. But there are so many births of new ideas happening, and interesting discussions going on between very different magicians, I sometimes feel like the kid sat in detention while everyone else plays out (oh boody hoo… suck it up girl!!).

And yet there has also been so much creativity: I have also been helping to form the magicians deck with Stuart Littlejohn and Cassandra Beanland, two amazing magical artists. Listening and watching them converse with the paintings, allowing the visionary beings to flow through their hands onto paper and canvas has been a truly inspiring process.

Once it is finally in print, (soon….) it will be very interesting to work with as it is based on inner contacts, magical beings and all the things that we magicians tick our hands and minds into.

The next module I am about to tackle is all about deities and how to work with them as magicians in ritual and vision…. So I had better start making room on the sofa for when they all turn up: I guess the house may become a wee bit crowded for a while. And I will be interested to see which deities turn up and wish to be included and talked about: I leave the door open with the writing to see what wants to come through, which can be a bit of an adventure.

One thing I can say though, is we live in very magical times….. thanks to those who forged interesting new and experimental paths in the sixties and seventies, and the joys of the internet which allows world magicians to talk to each other, we are all forging new, sometimes chaotic, sometimes erratic and wild, and sometimes breathtaking new paths.

This is a very tough time in history for a lot of people, but it is also a fascinating magical time, and it is so wonderful to be alive now!

Author
View all posts by Josephine McCarthy →
This entry was posted in Magic, Quareia and tagged magic, Quareia, writing. Bookmark the permalink.

13 Responses to Watching the world through the window

"Never does Nature say one thing, and wisdom another"

Faster than the speed of dark...