A trip to Brigante land

Posted on February 8, 2019 by Josephine McCarthy

Last week I headed north for a week, visiting with family and old friends, and going around some of the old sacred places in Yorkshire, England.

It is a very old land that was once the territory of the Celtic tribe of Brigantes, before becoming a Viking land under the Danelaw. It is an area that has seen successive incursions over hundreds and hundreds of years, with frequent raids from the Scots, to the establishment of Norman rule.

Some of these places were my old stomping grounds of youth and it was nice to touch base with ancient friends who sleep in the stones and to marvel at some of the beautiful hidden treasures of Yorkshire.

Of course I managed to time it just when a blast of Siberian weather plunged the temperatures down well below freezing, though I did manage to dodge the snowfalls! On some days the blinding low hung sunlight of deep winter dazzled our eyes while the freezing wind sliced through our faces – it was an adventure for the hardy and foolhardy. 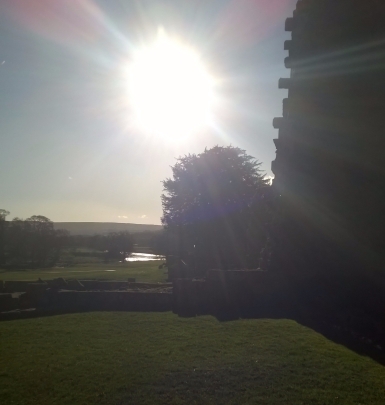 One of the first places we visited was Bolton Abbey, an ancient Augustinian monastic settlement that was founded in 1120AD.

It sits in the beautiful Wharfedale valley in North Yorkshire, with a gentle river at its feet and rolling hills, valleys and forest all around it.

It was originally dedicated to the Blessed Virgin Mary (Sancte Marie de Bolton) and part of the church is still standing and is still in use to this day.

Here is the east transept.

Another day took us on a trip to visit family on the east coast.

First, we stopped off at the church of St Michael and All Angels at Garton on the Wolds in the East Riding of Yorkshire. It was a truly stunning find.

I had originally intended to stop at St Marys Church in Kirkburn, which has some lovely Saxon stone work, but fate took over, we got lost and ended up sat outside a very old and seemingly plain old church that hid behind an impressive 19th century Celtic revival cross.

I took the hint and we decided to go explore it. And what a treasure it turned out to be.

The church dates back to 1132AD and was extensively decorated in 1865, and the decorations are truly breath taking.

Every inch of the church is decorated with scenes from the Old and New Testament, with the occasional visionary apocryphal scene. Here is a selection of some of the interior…. isn’t it beautiful! 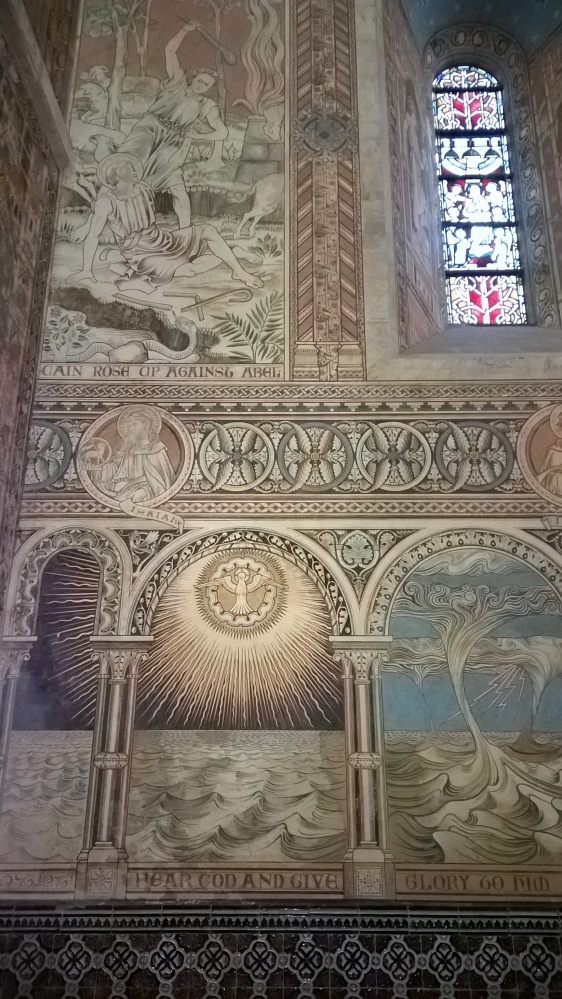 Have a look at the stunning ceiling……. 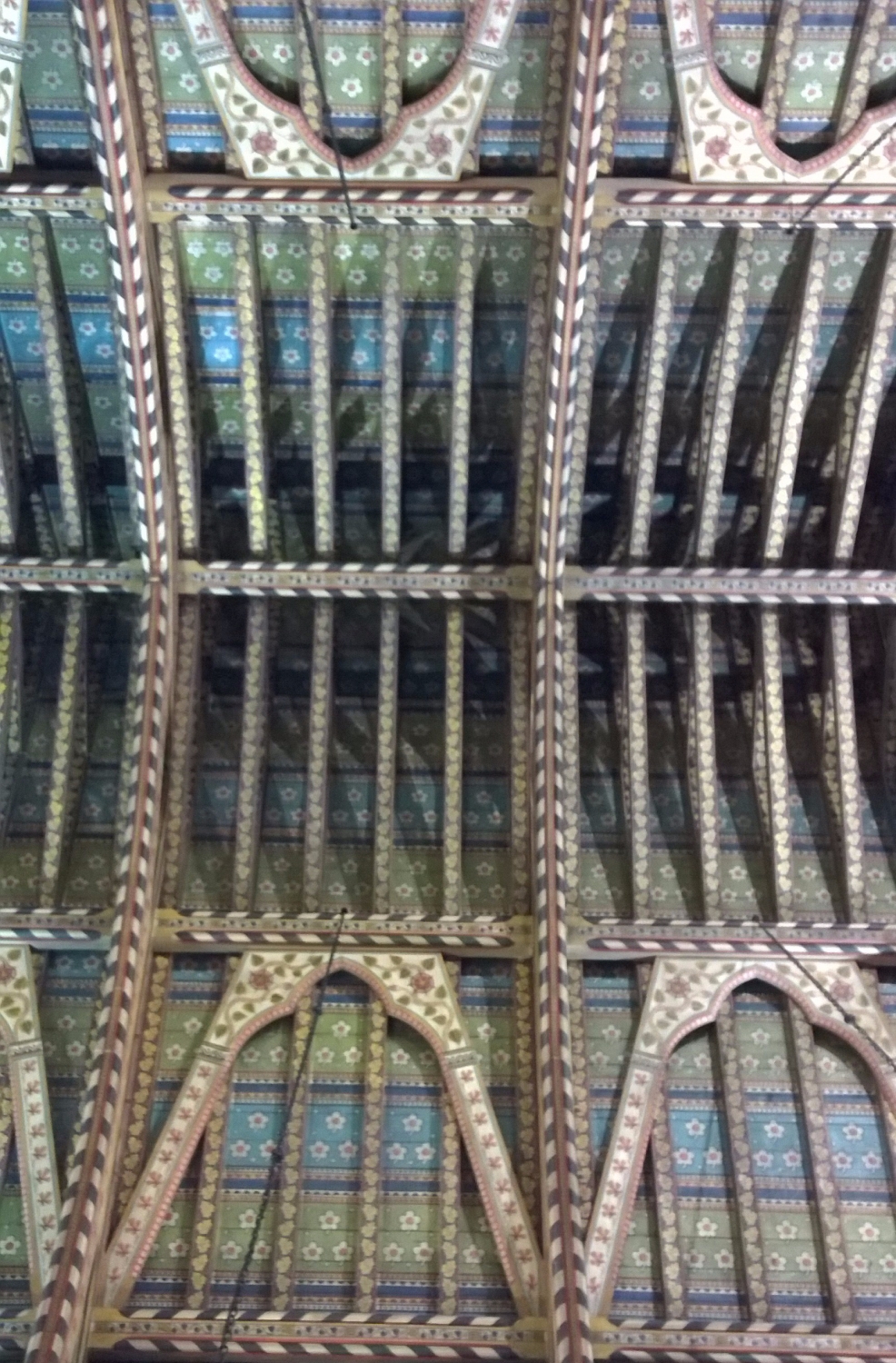 These angels lined the walls with the names of the saints…. 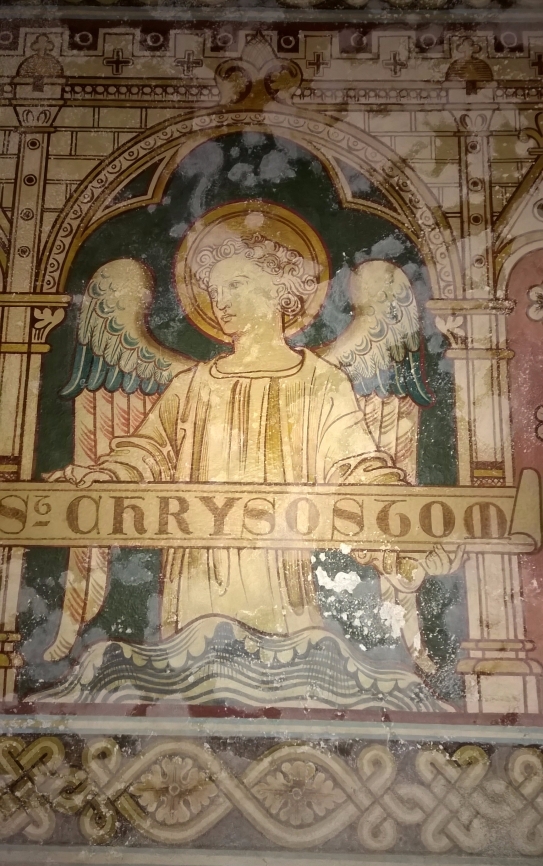 We then wandered around outside and said hello to the dead people, and the stone gargoyles that lined the outside roof, before getting back into the car (and heat) as we were starting to freeze on the spot.

Living in the south west of England which is far milder than the wilds of the Yorkshire Dales, I have obviously become soft. I had lived happily in the deep cold of north West Montana winters in the past, but to be suddenly plunged from gentle Devon weather into sub-zero temperatures with sharp sea winds was a bit of a shock! The land in this part of Yorkshire (east riding) is gentler than the steep hills, cliffs and gorges of parts of North Yorkshire, but the gentle landscape allows the bitter cold wind flowing in from the North Sea  to cut right through you.

Our next stop took us to Rudstone, which is a small village a few miles west of Bridlington. It is an area littered with Neolithic remains and Roman findings, but its crowning glory is the Rudstone monolith, a standing stone that is nearly 30ft high (and goes down another approx 30ft underground) that sits in the local churchyard. It was so big I could not get the whole thing in shot, but my trusty hubby provided decoration and perspective 🙂 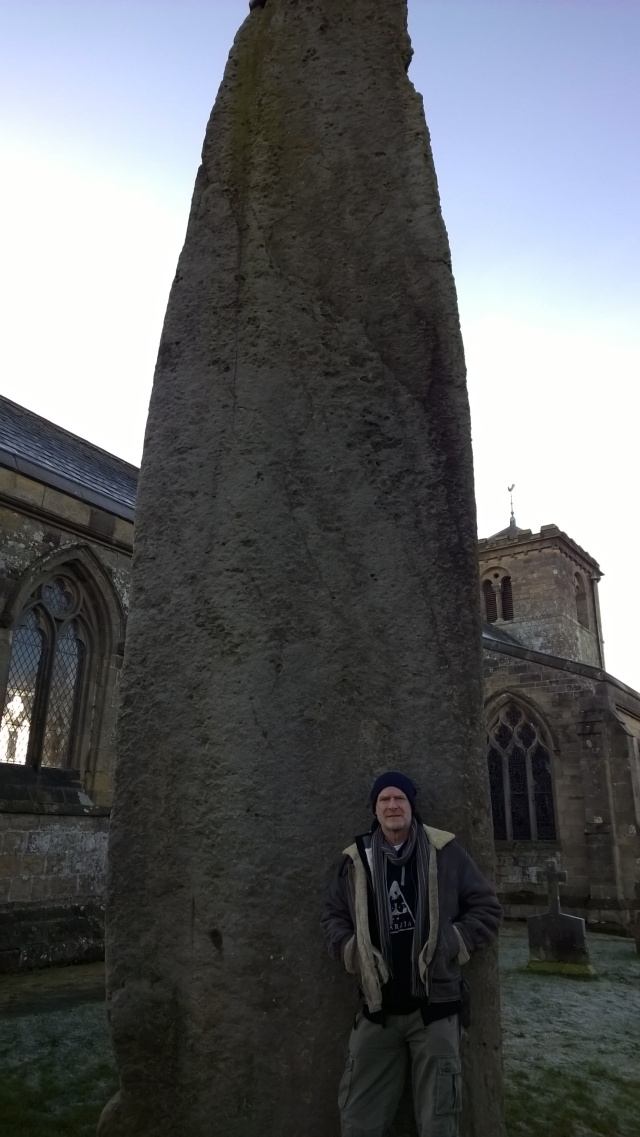 Finally we reached the sea in Bridlington, and the day after we ventured north a little to Scarborough, a sea town and popular tourist place. We climbed up to Scarborough Castle

Scarborough is another place with a long history that dates back to 900BC with Bronze age finds, Roman constructions, Viking raids, Icelandic settlements (it is mentioned in the poems of 13th century Icelander Snorri Sturluson) to Plantagenet castle fortifications. It was a royal fortress from 1150’s and Scarborough Castle that sits on the top of the steep cliffs is an imposing set of buildings to this day. 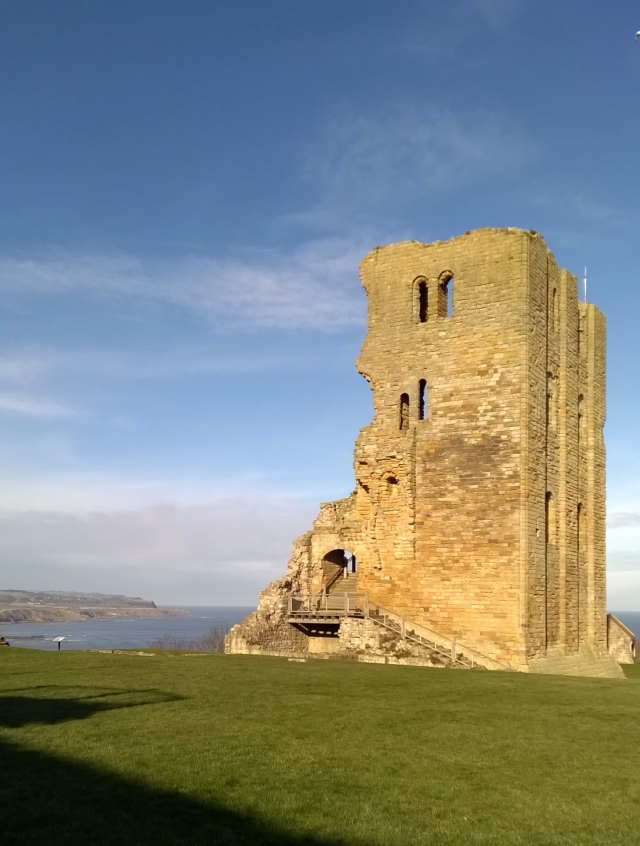 It is a strange place as you can go from wild fields, cliffs and ancient castles, to seaside fish & chip houses, and the chaos of game arcades, all nestled shoulder to shoulder with Tudor houses and still working fishing fleets. But once you climb up to the top of the cliffs, you are treated to an ancient and unchanged landscape that looks across the sea to Denmark.

It was a great week, and I hope you enjoy some of the pictures from this very old land! When I finally arrived back home to Devon, it was just in time for Niles Heckman to launch his most recent podcast, which was an interview with me chatting about magic and Quareia. Podcast with Josephine McCarthy  I hope you enjoy that too!

6 Responses to A trip to Brigante land