Quareia – what is she smoking?? Answering some questions around Quareia

Posted on September 27, 2014 by Josephine McCarthy

By now people have begun working on the Quareia course and will find themselves coming up against all sorts of issues that can be deflating, can seem dumb, or a struggle or just plain stupid and confusing. I hope to address some of these in this blog, and do it in a way that is does not take away from the process of self training that is so essential for the beginning of a magical path, but does offer a helping hand none the less.Hitting the first obstacle

The first wall that will be hit is in the second module, ritual patterns. To many who have some background in magic, they will look at that module and think…WTF? What is she smoking?? To say it simplistic is an understatement. But there is method in the madness. 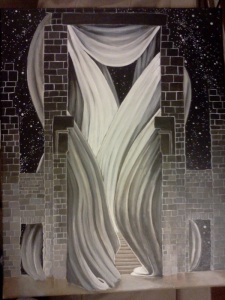 The Inner Temple by Cassandra Beanland

I spent a long time looking at how different magical systems are taught and one thing became very clear very quickly. As modern people in a fast paced world, we are used to looking at long horizons that we aim for, and glittery ones at that. However, in doing so, we lose so much without even realising it.

When a toddler is at home, they are not shown the world, they are taught about how to navigate around the house. That house in essence is their whole world. They do not know about New York, or oil prices or the national park a few hundred miles away, they know the edges of the sofa, that touching a plug socket makes mum say ‘no’, and that the fridge is where heaven is. The sense of belonging, of grounded-ness and the roots of confidence in the toddler come from first knowing and then becoming the master of the sofa. 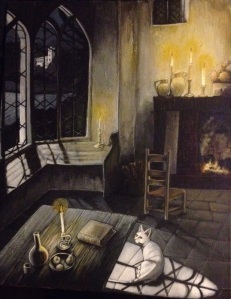 The Cottage by Cassandra Beanland

Yeah yeah, but we are all intelligent adults. Yes we are, but in magic, most missed the sofa in the training as they were rushed to get to the garden outside (which makes it more glamorous and therefore popular), and so the skills of navigation and balance gained by the toddler as she first learns to pull herself up, and then put one foot in front of the other is missing. And it is a critical step missing from magical training that exposes issues much later down the line of training.

I know when I first started magic I would have looked at some of this course and tossed it to one side in disgust. But looking back, I wish I had done this, I wish I had learned to navigate the sofa, thinking that the sofa was the centre of the universe: it would have given me a much stronger foundation to later stand on. And the key is to think that the sofa is the centre of all things, then it is the garden that is the centre of all things, then the local neighbourhood – if you stand at the sofa, and think that the real world is ‘out there’, you miss all of the skills you could have gotten if you had only focussed totally on the sofa.

And that is how Quareia works. You are put in a tiny simplistic kindergarten pattern, and told it is the centre of the universe. Those who have never touched magic before will not be fazed and will toddle through the modules. Those who already have knowledge of magic will look in total confusion and disappointment – people want to see the Alps and instead get a sofa.

The Pentagram ritual in the course is a good example of this. To say it is simplistic is an understatement. And yet, hidden in that is something that will come full circle. First you learn something everyone should already know. Then in another module it flips its power and you work with it at a different level and think…’ah… now we are on track….’ Then it flips again in another module and the magician thinks… oh…..my… Then finally it flips once more and you have come full circle – then the magician looks at the very simplistic toddler level ritual and sees within it the seed of something very powerful indeed.

For clarification – reading ahead in the course is fine 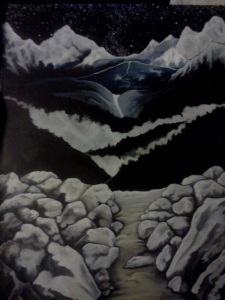 The Path of Hercules by Cassandra Beanland

For those who already know magic, reading ahead will sometimes shed light on where something is going and why it is there, and there is no harm in reading forward in the course, but it is important to actually ‘do’ the work in sequence (the practical work) as from an inner point of view they each are interlinked magical building blocks set out to create a foundation strong enough to take a tower block. One single insignificant brick can sometimes be a keystone: and that is why Quareia takes such toddler steps, as they are often steps we missed either in life or in our magical training. I know I missed a lot of the very basics that I truly wish I had learned.

The flip side of reading ahead is to be within the absolute. Everyone learns in different ways but one thing that is a common denominator in all human learning is absolutes. When we learn to count up to five as toddlers, the world of five is the absolute. We KNOW that things only go up to five and there is no comprehension beyond five. Then we learn to count to ten and we begin the process of learning number bonds (3+ 2 = 5, but 2+2+1 also = 5). The world starts to get more interesting, but the world is still only a pattern of 10.

When we are teens we KNOW that we know better than the adults. And so the pattern continues throughout life. And there is a good mechanism behind this. 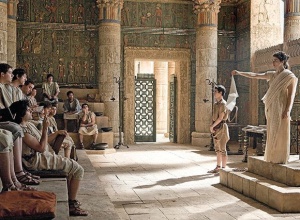 When you know something as an absolute, it has boundaries, rules, and a system of understanding we can operate and grow within. That allows us to comprehend what is before us and not be left in a haze of confusion. But then one day that absolute is shaken and we begin to question, and that opens up a new vista for learning a new absolute.

I have constructed Quareia in a way that works with that natural progression of absolutes. So you have a lesson that says, ‘this is how it works, this is what it is’ as an absolute. But then later in a different module that absolute is shaken and a different layer is exposed which reveals a new vista. Someone new to magic will slowly grow and expand through those absolutes but for those who have knowledge of magic it will be initially frustrating as you KNOW there is something different (and yes there is). And herein is where I had to make firm decisions: do I write for total beginners or do I write for those who already have backgrounds in magic. That was a tough one as you cannot in truth do both.

I decided to go right back to the very first step, to the toddler pulling themselves up to the edge of the sofa. That way, no one gets left behind, but also, for those who are magicians who are deciding to go back to basics, it places the magician in a quandary of trust. Do you trust that I know what I am doing? Does my advanced magic stand up to the test? If so, then trust that the path is actually taking you somewhere for good reason. I know that is hard as it seems to throw so much to the wind, but believe me, there is method in the madness and it will challenge the orthodoxy every step of the way. 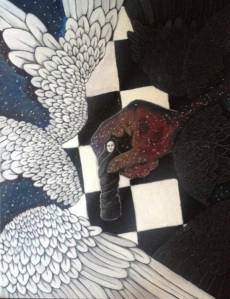 The ChessBoard by Cassandra Beanland

You see, you are not learning a system, you are learning how to operate all systems and to know how those systems are constructed, why they are constructed that way, what their weak spots and what their strengths are. How many people watch tv, can operate the remote, tune it, put in a DVD and yet know how it actually works? Could you build one for yourself? To do that, you need to know the depths of electronics and computing and that in turn starts with learning about basic circuit boards.

A good example of this mechanism of absolutes and learning circuit boards is the Quareia editor, a well read well educated magician who has dipped his toe in various systems. He is getting the lessons ahead of the public and is getting to see where it is going. 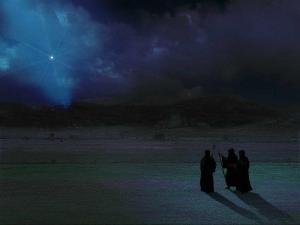 That way of learning really roots the understanding within you, rather than just filling you will rote learning, intellectual understanding and the parroting of rituals without really knowing what they do and why.

Why you are left alone at the beginning

We live in cultures these days where when we have a problem, or something breaks, there is an expert on hand to fix it, advise, guide, problem solve, etc. While this certainly makes for an easier time in this crazy fast paced world, what it has done is subtly disable the ability within ourselves to problem solve, to work out how something needs fixing, how to improvise, etc.

Kids no longer take apart TVs or car engines to see how they work (one of my favourite pastimes as a kid), adults rarely have to fix their own washing machine, etc, you get the idea. But that act of standing before something that confounds you, and knowing that there is nothing and no one around you who can take responsibility and fix it for you, is a major aspect of the first step into magic. 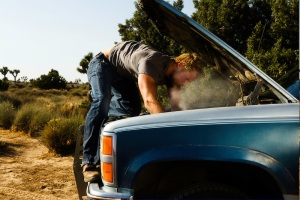 Why? because it throws you back on your own resources but even deeper than that, it takes you to the ladder of ‘it all begins and ends with you’ – this is a deep and powerful dynamic that runs through all the ancient magical religions. Approaching magic this way, even though it is very hard at the beginning, takes you out of the hierarchy and control dance that humans love so much, and puts you squarely in the drivers seat.

It is also a filter for the course. The student is not left dangling through the whole course, and bit by bit, help in the background, along with discussions, connections with others and guidance creeps into the course and increases as the student progresses. But to get to that stage, the student must first be able to stand up alone, trust that what they are doing is worth it however bizarre a lesson may seem, and be able to forge their way through. Those that don’t want to or cannot, fall by the wayside: that is the natural filter. Those that get through are fitter, more self reliant and therefore able to handle the massive leap into what comes next. However through this blog, at least I can stand and point the way forward without interfering in the process.

6 Responses to Quareia – what is she smoking?? Answering some questions around Quareia