Posted on January 17, 2019 by Josephine McCarthy

Sacred Women: Images of Power and Wisdom – the Art of Stuart Littlejohn is a new book that celebrates women through full colour paintings and accompanying texts. 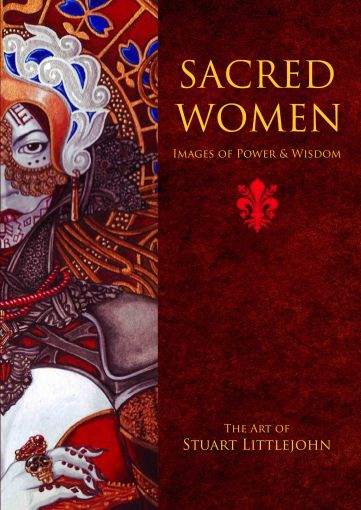 From the beginning, the constant thread woven deeply throughout my work has been the depiction of powerful females from the religions, mythologies, and histories of many eras and cultures.

For millennia, the images of female divinity, the visions of female philosophers, priestesses, seers, saints, and mystics, and the achievements of female rulers, warriors, artists, and scientists, have been suppressed, dismissed, and ignored.

Such disregard for the wisdom and talents of over half our population has had, and continues to have, a disastrous effect on our evolution as a species.

In the times through which we are now living, it is vitally important that these marginalized images and long-silenced voices be heard anew. As a male artist, I see my role as helping to illuminate a hidden counternarrative. It is my small contribution against the destructive tides of misogyny and hate flowing through the world.— Stuart Littlejohn 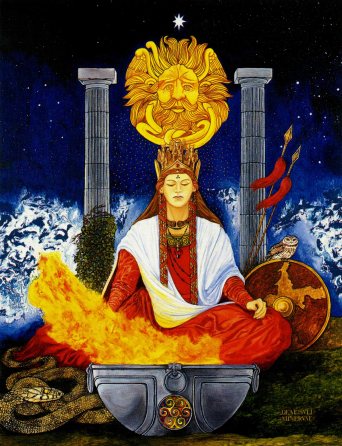 Sacred Women: Images of Power and Wisdom is a treasure house of art dedicated to the feminine power. Each artwork is intended to be savoured not just for its inherent beauty but also as sacred art. 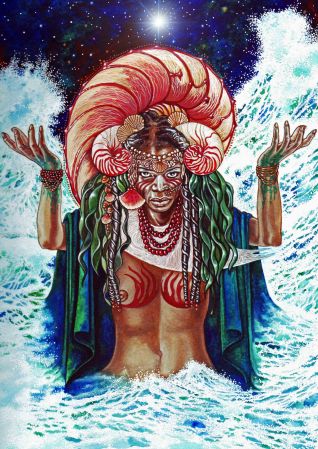 A full colour collection of paintings by the renowned British artist Stuart Littlejohn, this book serves as a celebration of all that is great yet ignored, of all that is powerful yet shunned, from goddesses to warriors, from mystics to the mythic. 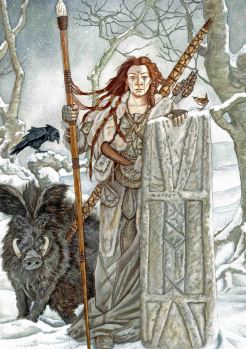 Each painting is presented as a full-page image and is accompanied by some brief information about the mythology, history, or legend surrounding the character represented. This is intended to provide a basic understanding of the painting’s background, imagery, and symbolism, and to act as an entry point for the reader’s further research.

This is a special book to be appreciated over time; it may also act as breviary, and even as part of a devotional service to the living Goddess in her myriad and age-old forms. 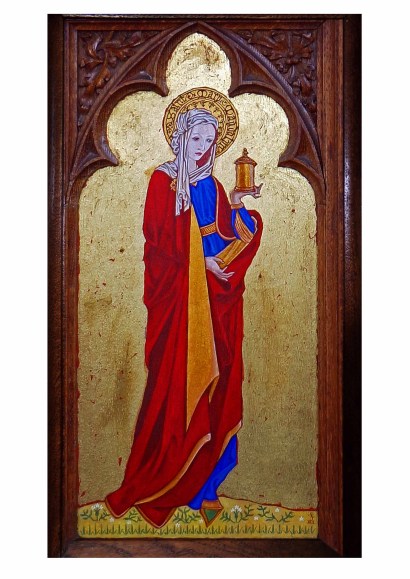 It is true to say this is a two-way encounter, for, as She rises from forgotten history to meet us by our act of remembrance, we her followers and devotees (regardless of gender) will surely rise with Her. 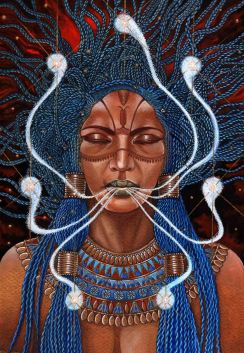 As one of a dedicated group of magical artists, Stuart Littlejohn slakes the modern pagan Renaissance’s thirst for pictorial imagery.

While icons and devotional images in Western art act as a living conduit to reach out and touch the Divine in material form, they also remind us of a lost tradition of painted and sculptural effigies of ancient pagan goddesses and gods. 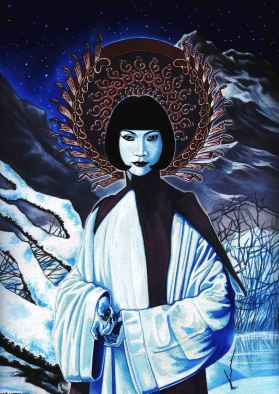 Sacred images do have an extra dimension: they spring from artists’ imaginations, yet they are so powerful and arresting that they feel more than merely the creations of gifted individuals. 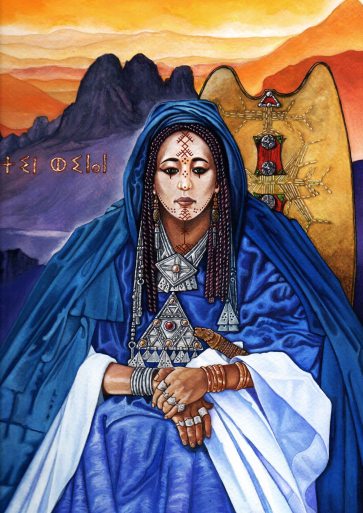 Available through all Amazon sites and online retailers

As the book has just been released (January 2019) , various prices will crop up on Amazon as third party sellers try to make more money on the title while amazon gets its stock in order. 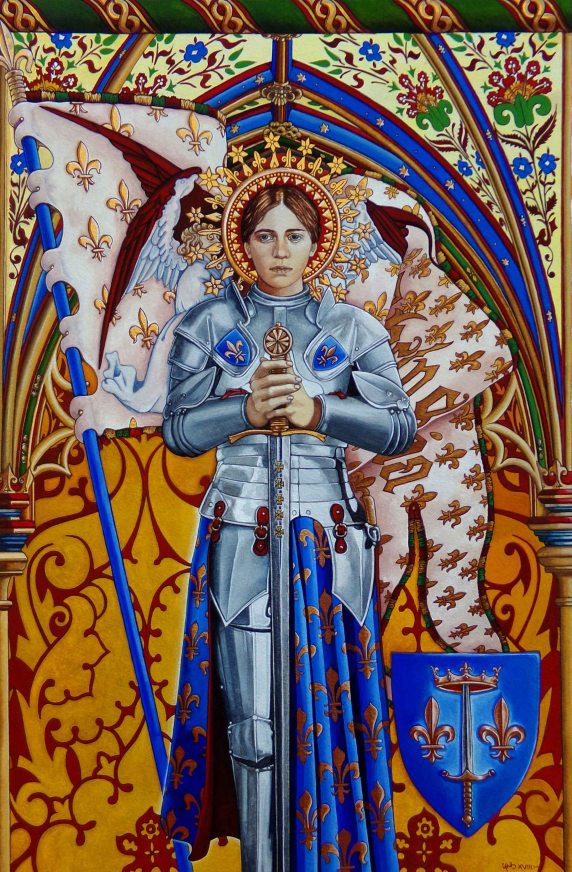 15 Responses to Introducing ‘Sacred Women: Images of Power and Wisdom’

"Never does Nature say one thing, and wisdom another"

A divinatrix at the intersection of cartomancy, embodiment, saints, & books

A Work in Progress

Faster than the speed of dark...